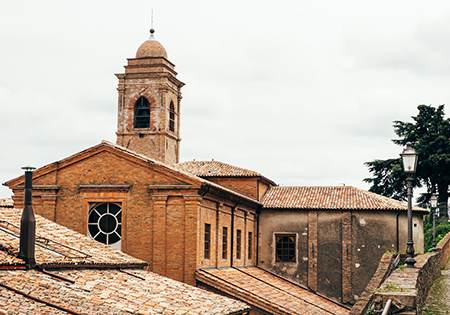 The Interreligious Museum was born in 2005 in the wake of the Mediterraneum inter-university agreement, after that the need to create a space where monotheistic cultures and religions could meet became clear, to let them know each other and talk, combining the value of tolerance and respect . Since then the headquarters of the Museum has been located in the oldest parts of the Bishop’s Rock of Bertinoro: the dungeons and the cistern, dating back to the XII century. The museum’s scientific commission is composed of experts and scholars of the themes and problems relatd to monotheistic religions in all their aspects. 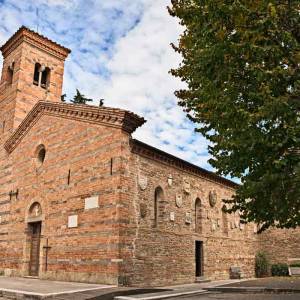 The parish church (pieve) of San Donato is located in Polenta, a very small gruop of houses nestled in the soft hills surrounding Bertinoro. The fame of the church is due to Giosuè Carducci and the hospitality that Dante received from the local lords, the Da Polenta family. It is said that the Supreme Poet stopped to pray in the parish church when he was a guest of the Da Polenta in Ravenna. According to tradition, Francesca da Polenta Malatesta, immortalized in the fifth of Hell, daughter of Guido and born not far from the church, used to go there to pray. In front of the churchyard, where there is a herm who remembers Carducci, every year, in the months of May and September, a reading and commentary of the Divine Comedy is held, with professors and writers. 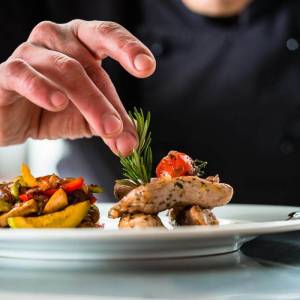 With the Festa Artusiana, Forlimpopoli is transformed into the capital of “well-eating” to pay homage to its most illustrious fellow citizen: the gastronomy Pellegrino Artusi, undisputed father of modern Italian cuisine. An irresistible intertwining of sounds, scents and flavors invades the historic center of the Artusian town, scene for nine evenings of an unprecedented dialogue between gastronomy, culture and entertainment. The common thread is domestic cuisine and the over 700 recipes of the famous Artusian manual “Science in the kitchen and the art of eating well” that come to life in the many restaurants and tasting points set up along the streets, squares and alleys of Forlimpopoli, a town at the foot of the Bertinoresi hills. The Artusian Festival intertwines the appetizing gastronomic offer with a rich program of shows, concerts, animations, exhibitions and cultural events that stimulate the palate and delight the intellect. 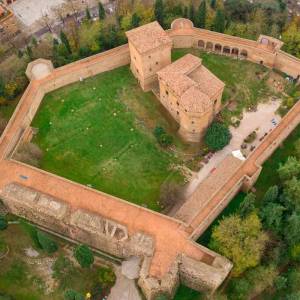 The Fortress of Cesena

The Fortress is located in the center of the city of Cesena, very close to Piazza del Popolo. The Fortress is characterized by its majestic bulk, the panoramic terraces and the suggestive walkways inside the curtains. The courtyard includes a fortified citadel which includes two imposing buildings, the Torre Maestra and the Palatium, where the Museum of the History of Agriculture is located. 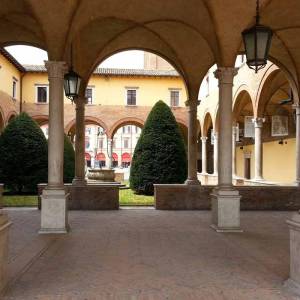 Forli’ and the San Domenico Museum

Forlì is a destination that can be visited all around the year. In the summer, especially with the “Piazze d’Estate” exhibition, the city comes alive with numerous cultural initiatives that allow you to “experience” the historic center through access to places that cannot normally be visited and the enhancement of artistic beauties, also in the most unknown corners of the city. Among the various attractions, the San Domenico museum complex, in the heart of the historic center, definitely worth a visit. Seat of the oldest section of the Pinacoteca, it has attracted more and more visitors thanks to the prestigious exhibitions held in recent years, from Palmezzano to Silvestro Lega, from G. Cagnacci to Canova, passing through the greats of photography McCurry and Scianna. A stone’s throw from the San Domenico Museums, Palazzo Romagnoli after the recent restoration houses the civic collections of the twentieth century and important collections. 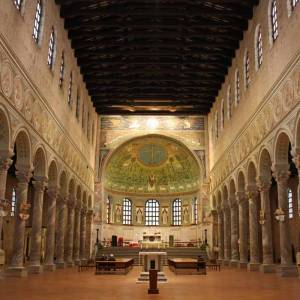 Ravenna is a treasure trove of art, history and culture of the highest order. It is a city of ancient origins with a glorious past: starting from the beginning of the fifth century AD it was designated three times as the capital of different kingdoms and the cultural offer of the city is therefore rich and diverse, thanks also to a dense network of museum structures. But Ravenna is also other: the city territory has in fact a remarkable variety of landscapes, some of extreme beauty: large countryside cultivated with fruit trees, valleys and canals flanked by characteristic fishing nets and centuries-old pine forests that overlook sandy beaches. Near the city stands Mirabilandia, the land of wonders, a theme and water park that offers a wide variety of international-level proposals, record-breaking attractions and shows for the whole family that make time a unique experience for young and old.

A very long coast that goes from the Lidos of Comacchio to Cattolica and crosses many places including Cervia, Cesenatico and Milano Marittima. Places, which can be reached quickly down the hills, which for over one hundred and fifty years have made it a sought-after seaside area for the perfect combination of the natural attractions of the area and a tourism industry always capable of surprising and innovating. Its one hundred kilometers of equipped establishments, shops and restaurants on the waterfront, together with an intense nightlife, make the Romagna Riviera one of the favorite destinations for those who want to live an experience full of emotions and fun.

Your rest is the first moment we want to take care of, offering you a comfortable and cozy room that, even for a few days, invites you to feel at Home.

discover more
At the moment there are no offers.
Keep following us to stay updated. 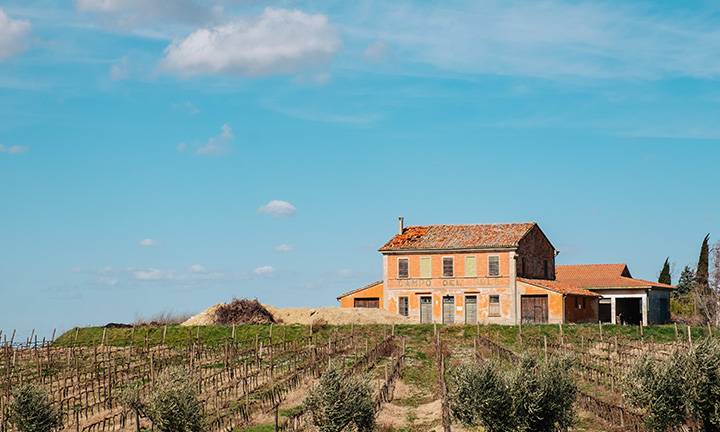